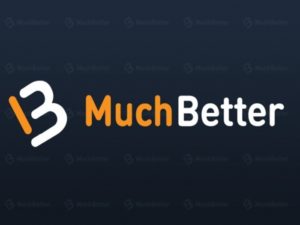 The Much­Better pay­ment sys­tem, in partner­ship with Chris Money­maker, has laun­ched a pro­mo­tion for all users who, if they win, will be able to par­ti­ci­pate in the World Se­ries of Po­ker (WSOP) with a buy-in of $10,000.

The World Series of Poker is the largest poker championship held annually in Las Vegas. The Series, which is open to players from all over the world, will end with a tournament game in which each participant must contribute $10,000. The winner will be awarded a huge cash prize and will become the world champion.

In 2003, Chris Moneymaker became the winner of the World Series of Poker. He is an American professional poker player who previously worked as a simple accountant and did not even have the opportunity to pay for a trip to the championship after winning a ticket to the WSOP with a buy-in of $86. The necessary amount for the trip was collected by his father and friend. As a result, the Tennessee dark horse won the tournament and received $2.5 million.

If you are inspired by this story, then you can also take part in the MuchBetter lottery as follows:

We emphasize that after each new replenishment of the wallet in the amount of $86, you will receive an additional ticket to participate in the lottery. The more you replenish your wallet, the more likely you are to become a winner.

Now the following are the prizes to be awarded to participants:

Only three winners will be chosen at the tournament, whose names will already be known on the 8 of October.

It is important to remember that:

Binance gets in-principle approval to operate in Kazakhstan
Bitcoin is growing and meeting the expectations of fiat hedgers
Binance has launched NFT ticketing for the matches of S.S. Lazio
Is it safe to use exchangers?
Binance decides to increase the amount of the emergency insurance fund to $1 billion
Read more