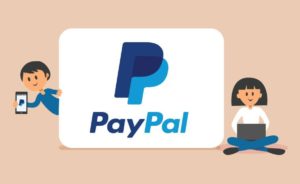 Pay­Pal Hol­dings Inc, ow­ner of the well-­known on­line inter­national payments service provider, PayPal, has become the first foreign payments operator to have full control of a payment platform in China. This significant news was reported by Reuters, citing the Chinese authorities.

PayPal was created in 2000 by three businessmen: Elon Musk, Max Levchin, and Peter Thiel, who agreed to merge their companies. This step made it possible for the service to become the largest international debit electronic payment system, thus, creating a reliable platform that is helping millions of people to pay for purchases on the Internet and transfer funds.

Тoday PayPal it is the first foreign payment system in China that is fully controlled by a foreign company. This giant stride was achieved through the buyback of 70% of the shares of the GoPay platform in 2019, having received a license from the country’s government to operate.

No more than a year has passed since the parties managed to agree on the purchase of the remaining 30%, which marked the end of 2020. At the same time, the amounts of both transactions were not disclosed.

Despite the fact that GoPay itself did not become a major international player, such a deal allowed it to enter the Chinese domestic market in the field of online payments, which is already quite an important event. Now the platform will compete with the largest companies – Alipay and WeChat Pay.

It is noteworthy that all this happened against the backdrop of Beijing’s antitrust campaign. It aims to force the owners of Alipay – Alibaba Group – to stop the large-scale transformation of Ant Group into a financial operator, and to maintain the status of a conventional payment system.

What does this mean for PayPal? In fact, this is a real breakthrough into the Chinese market, which until then was controlled exclusively by national companies. Today, PayPal has consolidated 100% of its Chinese services, and this will allow the company to compete on an equal footing with the Chinese payment giants.