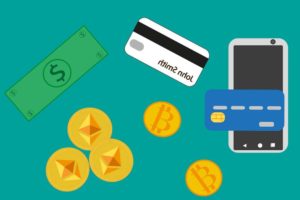 Visa has become the first global international payment system to work directly with stablecoin. Stablecoin is a cryptocurrency based on the Ethereum blockchain, pegged to the reserves of dollar and euro assets, physical goods (gold, oil), with less exchange rate fluctuations than other cryptocurrencies.

Visa has partnered with crypto.com, a digital currency exchange platform for cryptocurrency transactions on the network. According to Jack Forestell, Executive Vice President and Chief Product Officer of Visa, the news demonstrates the ability of the payment system to satisfy the desires of fintech companies that run their businesses using cryptocurrency and to facilitate payments in different currencies around the world. Traditional fiat currency transactions have increased their value for businesses using digital money.

According to Visa CEO Alfred Kelly, widespread use of cryptocurrencies as a means of payment will begin within a few years. To his mind, stablecoins have potential in emerging markets and prospects to become a new payment mechanism. As Kelly noted, the payment system is working to provide the ability to buy the cryptocurrency and convert to fiat currency anywhere in the world where Visa is accepted.