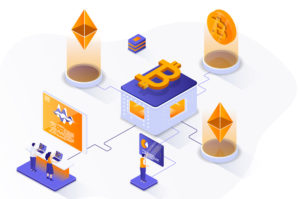 Fi­nan­cial cor­po­ra­tion Visa has published a report on the study of autonomous payments involving government cryptocurrencies. The publication contains the advantages and prospects of digital currencies after their support by central banks.

In particular, it proposes a two-tier structure of an autonomous payment system that carries out offline transactions. According to the researchers, after giving the electronic means of payment the appropriate status, they can be widely used even without being connected to the World Wide Web.

In other words, if the development process is completed successfully, then, according to Visa, users will be able to use an offline payment system similar to payment in cash.

The study proposes a future system based on open source technologies, as well as a set of components and tools for working with public keys. In practice, this will allow you to confirm and conduct payments in cryptocurrencies without an Internet connection. There is already a description of the required protocol, but the code for it is yet to be created.

Currently, the idea of a government cryptocurrency is being explored in full swing by many countries around the world. For example, the People’s Republic of China is actively studying the peculiarities of using the crypto-yuan, Sweden has announced the introduction of the digital krona in 2022, and the Sand Dollar has been freely used in the Bahamas since October 2020.

Visa, e-wallets and cryptocurrency
Binance decides to increase the amount of the emergency insurance fund to $1 billion
Binance launches a $1 billion growth fund to develop the Binance Smart Chain
El Salvador is the first to recognize Bitcoin as legal tender
Why ecoPayz is the best option for poker players, bettors and Forex traders in 2021
Read more