The UK takes control of the crypto market 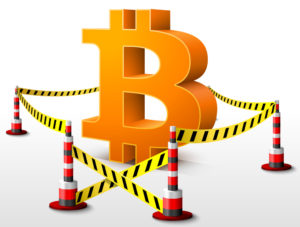 This year, the UK con­ti­nues to tigh­ten the rules and re­gu­la­tions for the cir­cu­la­tion of cryptocurrencies. The FCA (Financial Conduct Authority) regulatory body obliged all companies, in one way or another, related to digital assets, to obtain a separate license, followed by mandatory reporting on suspicious crypto transfers. The rules for tracking suspicious transactions were previously only valid for cryptocurrency exchanges and digital wallet operators.

The FCA regulator received the corresponding reporting from 2,500 companies. Now the submission of such a report to the regulator applies to all cryptoasset service providers VASP (Value-Added Solution Partner). These are a significant number of firms working with virtual assets and blockchain in British offshores. 22 thousand legal entities will fall under unprecedented control.

Also, the change in the rules and regulations for the regulation of cryptoassets in the UK affected tax legislation. HM Revenue & Customs has added staking (the process of storing funds in a digital wallet to support blockchain operations) in the area of mining and personal income.

HM Revenue & Customs intends to oblige businesses to declare staking income in order to pay personal income tax. These fees will not exempt cryptocurrency traders from taxation on investment income after the sale of PoS coins.

For mining blocks using the PoS (Proof-of-stake) algorithm, commercial companies will pay fees in the same way as the PoW (Proof of Work) mining algorithm. Previously, individuals paid taxes only if they had income from sales, and did not pay them until the actual implementation of the cryptocurrency began.