The UK could create Britcoin 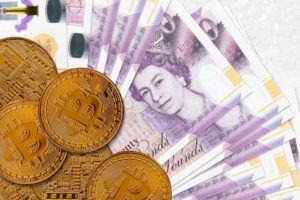 According to Reuters, finance minister Rishi Sunak has approached the Bank of England with a proposal to discuss the possibility of creating a Britcoin.

According to Rishi Sunak, a working group has been organized with the Treasury and the Bank of England to consider the issue, which will regulate the tasks of developing the Central Bank’s digital currency (CBDC).

The Bank of England also says that digital currency will not replace money and deposits, but will function with them and become a new type of money for businesses and households. The bank, in turn, noted that the official decision on the formation of the CBDC has not yet been made.

Before, the head of the regulator, Andrew Bailey was talking about bitcoin as an unstable way of money storage and the inefficiency of the transaction mechanism. According to him, the first cryptocurrency is not applicable as a payment instrument and is extremely risky for investments.

International Business Payments Specialist of Equals Money Jeremy Thomson-Cook spoke about the future economic impact of Britcoin. It is both a large investment in the UK and a reduction in transaction costs in international business. He added that in ten years, almost all payments will be made online.

By the way, China started testing digital currency in October last year. In April, it became known that the digital yuan will be issued with an expiration date. This will enable the National Bank after the expiration of the validity period to “turn off” the coins, terminating the possibility of their use. This feature of the digital yuan will stimulate rapid spending by the population, which will accelerate the further development of the Chinese economy.