The Collapse of Bitcoin and the Falling Rates of Cryptocurrency Exchanges 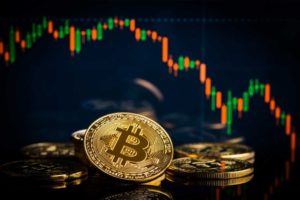 At the time of writing this report, Bitcoin was worth just over $39,000.

Meanwhile, significant fluctuations in the price of Bitcoin and other cryptocurrencies are quite common for experienced sellers. However, of greater interest is the extreme insecurity of cryptocurrency platforms against the background of information manipulations, stuffing, and messages in Twitter channels as a result of which investors suffer.

The downside of cryptocurrency exchanges

Bitcoin was created as a decentralized currency using blockchain technology. It is all about databases with information about transactions without regulatory control. Today, digital coins are becoming assets that are used for speculative purposes. Cryptocurrencies are exactly the same assets as investment blocks of shares of any companies or enterprises.

But there is a specific difference in the way of functioning of conventional and cryptocurrency exchanges. The stock price on a regular exchange can go up and down, and in most cases, your securities do not go anywhere. At the same time, assets on crypto exchanges can, for example, be frozen or even stolen. If in the first case, the basis can be a simple KYC procedure – Know Your Customer (know your customer), then no one is insured against the second option, as in the case of the Thodex exchange, which suspended its activities due to a “hacker incident”, but in fact was in connection with the disappearance of the founder of the Turkish crypto exchange, who fled with two billion dollars of clients.

In addition to tokens disappearing from hot wallets (connected to the Internet), there is also the possibility of appropriation, by the owners of the crypto exchange, of the profits from the investors’ assets. In addition, everyone knows that exchanges can manipulate rate differences, as well as make decisions about the sale or purchase of assets by clients, that is, in fact, control users’ tokens.

For example, in early May, users of the HitBTC exchange began to suspect that the platform was making money on their assets, refusing them to withdraw dogecoin, allegedly due to technical failures. In the event that tokens are not appropriated by the owners of the exchange, the freezing of assets turns into financial losses due to the large difference in the cost of their purchase and sale.

Any reason can become a reason for panic and confusion, provoke certain actions of cryptocurrency exchanges, and swing cryptocurrency quotes. The most obvious example is Elon Musk’s statement about the suspension of sales of electric vehicles for bitcoin due to the insane amount of electricity consumed by cryptocurrency. Sales were suspended until renewable energy sources for green mining emerged.

Investigations by governments regarding the activities of crypto exchanges also provoked panic. For example:

Furthermore, planned and controlled manipulations in the information field can cause panic, thereby forcing them to get rid of crypto assets or buy promising tokens. In fact, the work of crypto exchanges is extremely dependent on many aspects: decisions of the authorities, the media, the CEO of Tesla, stuffing into the information field, hackers, fraudsters, as well as the fact of the vulnerability of clients of exchange platforms due to the personal interests of the owners.

Advice: it is best to keep as many crypto coins in the hot wallet as is needed at the moment for the transaction. Everything else should be placed on a cold wallet, that is, without being connected to the Internet.