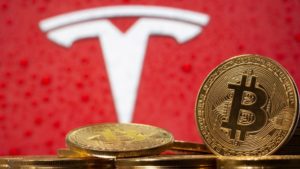 Citing a recent report that the average annual use of electricity for mining cryptocurrencies has increased to almost 150 terawatts per hour, Tesla Motors’ CEO, Elon Musk, called the amount of electricity consumption for mining insane. In his microblog, he stated that crypto mining is not environmentally friendly, and Tesla does not want to harm nature. For this reason, the American company has refused to sell electric cars for cryptocurrency until cryptocurrency mining is performed with renewable energy sources.

According to Musk, the company is concerned about the rapid growth in the use of fossil fuels, characterized by high levels of harmful waste, for mining and cryptocurrency transactions. At the same time, the businessman called cryptocurrency a promising and good idea.

After this publication, bitcoin quotes on the Binance crypto exchange fell sharply by more than 17 percent – falling to $46,000. Amid the fall, traders lost up to $4 billion.

In March, Tesla made it possible for US customers to buy vehicles for cryptocurrency, promising to enable it for other countries later. Musk stressed that he would not exchange cryptocurrency proceeds from sales for fiat money. At the end of March, the company sold bitcoins for a profit of $101 million.

Earlier, the founder of the SkyBridge Capital investment company, Anthony Scaramucci, predicted with confidence that within a year, Tesla Motors or Musk’s SolarCity company would enter the market for environmentally friendly cryptocurrency mining.

At the beginning of the year, the auto corporation announced the purchase of bitcoins for $1.5 billion. Subsequently, Elon Musk called this purchase insane for a company included in the S&P 500 stock index, noting that Tesla’s tactics are not directly related to his opinion. And he said that bitcoin is a less stupid asset than money savings.