Main page/News/Changpeng Zhao: the fight of regulators against cryptocurrencies is pointless

Changpeng Zhao: the fight of regulators against cryptocurrencies is pointless 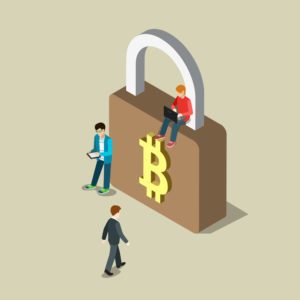 Chang­peng Zhao, the foun­der and CEO of Bi­nan­ce, an on­line crypto­curren­cy ex­change, be­lie­ves that no re­gu­la­to­ry mea­su­res can de­stroy block­chain and Bit­coin. According to him, cryptocurrencies are mechanisms for the spread of financial freedom in the world and were not developed to eliminate government currencies and finances. In his opinion, financial regulators will not be able to ban blockchain and bitcoin because cryptocurrencies are already “in the heads” of half a billion people in the world. Therefore, he argued that it is better for these regulators to use cryptocurrencies and work together with crypto exchanges.

During the Consensus 2021 virtual conference, Changpeng Zhao opined that the most effective measure will be the development of clear rules for regulating the turnover of cryptocurrencies. For comparison, he cited the example of the largest American e-commerce platform – Amazon – which many did not initially perceive to be a business model that would work because it was based on the Internet. So, the head of Binance suggested that regulators should start using blockchain technology instead of collaborating to destroy it.

This statement by Binance’s founder came on the heels of the increased attention of financial regulators to the crypto exchange. For example, Germany’s Federal Financial Supervision Agency (BaFin) suspected Binance of violating securities laws after it began trading Tesla tokenized shares (blockchain-based securities) on the exchange. In turn, the investigation into the work of the exchange was initiated by the US Internal Revenue Service, as well as the Department of Justice.

Suspicions of the legality of the exchange’s activities are explained by the lack of clear regulations, said Changpeng Zhao. According to him, despite the regulatory mechanisms being worked out by many countries as to the cryptocurrency sphere, there are still “grey areas.” Nevertheless, according to the head of the crypto exchange, they have no intentions to fight the authorities and are willing to cooperate with them.

The conference was about the demand for DeFi (decentralized finance) and NFT (non-fungible tokens), to which Changpeng Zhao did not provide a definitive answer, but said that Binance will continue to research emerging technologies. He added that projects like Binance Smart Chain for developers work regardless of his opinion, and the platform was not his idea.

Earlier, due to a large number of hacks of DeFi protocols created on the blockchain, Zhao was criticized by users demanding the exchange’s responsibility for the losses incurred. Then he added that projects based on the Binance Smart Chain blockchain platform are independent and not controlled by the Binance exchange. Earlier, the CEO of the cryptocurrency exchange argued that many DeFi projects have prospects for effective development.

The developers of the blockchain platform, Binance Smart Chain, which has fallen victim to many hacker attacks on decentralized finance, consider them planned, well-organized and connected. Last weekend, the developers urged project creators to carry out multi-level system health checks, introduce double-triple code checks, and work with auditors to prevent risks.

The developers of Binance Smart Chain recommend that decentralized protocol projects have an action plan for such situations, as well as develop a compensation program for losses, creating a special reserve fund for these purposes.