What awaits the cryptocurrency market in 2021? 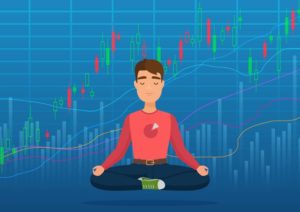 Forecasts and opinions of the financiers

Cryptocurrency has become an indispensable element of the global economy. According to forecasts of financiers, in 2021, cryptocurrencies will continue growing in importance in the economies of different countries. Many regulators have already developed a legal framework according to which some definitions, such as responsibility and regulation, have become more intelligible. The only flaw remained in the judicial and executive branches, which do not clearly understand how to resolve, prove, and enforce disputes.

In addition, there will be fewer opportunities for investment fraudsters, and the owners of cryptocurrencies will no longer be able to act anonymously. Also, Bitcoin’s growth is expected to continue for some time, but a significant change in its growth is soon anticipated. This is due to the fact that large investors will want to keep profits and eliminate regulatory risks.

Due to the rapid growth of interest in digital currency on the part of investors, it is expected that governments will try to take control of regulation. If it doesn’t work out, it may be banned, as has already happened with the well-known cryptocurrency platform, Ripple.

The announcement of the national digital currency will entail its collision with Bitcoin as soon as it enters the mass market. An expert foresees the collapse, not only of some existing financial systems but also, of entire states due to which the demand for cryptocurrency may grow even more.

As experts predict, the importance of digital currency will grow. And this applies not only to Bitcoin, but also to alternative open source coins – altcoins. Central banks of many countries of the world will be engaged in the implementation of digital currencies, and interest in stablecoins, which are backed by the national currency and carry less risk for investments, will also grow.
The massive increase in crypto payments has not yet been noted, as expected, but the introduction of PayPal into the game will give a serious impetus to the popularization of payment services that work with cryptocurrencies.

New releases from Cosmos, Filecoin, Solana, Cardano, DFinity, and other projects, which have been frozen amid low demand for digital currency, are also predicted. Today they have new perspectives. The implementation of Ethereum 2.0, as well as the implementation of the architecture with parachains on the Polkadot platform, is of considerable importance. Due to such innovations, the year promises to be at least interesting.

But still, there are less comforting predictions. Some experts believe that the appearance of a large number of newcomers to the cryptocurrency market will entail not very good consequences. After a fall in demand for a currency and a decrease in its value, speculators will suffer losses. Unlucky investors will try to sell the currency as quickly as possible than the experienced institutions take advantage of, which will allow the cryptocurrency to grow again for a while.