European banks will create a competitor to American payment services 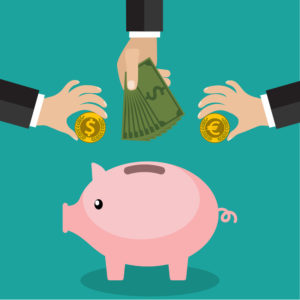 Ac­cor­ding to the Fi­nan­cial Ti­mes, in Eu­rope, lar­ge Euro­pean banks and fi­nan­cial com­panies rai­sed over 30 mil­lion euros to cre­ate their own pay­ment ser­vice and oust Ame­ri­cans from the fi­nan­cial mar­ket.

Millions of euros will be directed to and from the European payment system and create competition for the American services PayPal, Mastercard, Visa, Google, and Apple. The project implementation is planned for 2022 and it is necessary to attract several more billion euros.

In the European zone, card transactions are mostly handled by US payment services: four out of five transactions are managed by Visa and Mastercard. According to the head of the EPI (European Payments Initiative) Joachim Schmalzl, the prevalence of American financial instruments hurts buyers and sellers due to the high fees charged by these companies. Therefore, the introduction of its own payment system will offer an alternative and real choice for European consumers and merchants against imperfect competition and monopolization.

The future largest service should provide Europeans with the ability to pay for goods and services in retail outlets, online stores, withdraw cash, and transfer money. The head of the EPI believes that this concept is needed to create a kind of payment champion in Europe that can oppose American services.

The project development team includes banks that process over 50 percent of payments in Europe: Deutsche Bank, BNP Paribas, ING, UniCredit, Santander. The European Payments Initiative is being designed with the support of the European Commission together with the euro area as a financial regulator. Schmalzl said that at the beginning of next year, the service of online payments between users will first begin to operate. In the second half of the same year, the service will expand.

A year ago, the European Central Bank approved this project. According to it, a dozen of European countries have regional payment systems that do not work with cards from the rest of the European Union, and mobile wallet services exist only on national platforms. Schmalzl added that only by uniting it will be possible to compete with American services in Europe.

The Brussels-based team of the European Payments Initiative began work on the project a few months ago, and a plan for the payment service will be developed by early September. By this time, European investors must decide on their readiness to invest in the development of the project and additional financing of several billion euros.

The European Central Bank believes that the EPI will be able to solve the problem of fragmentation of financial services in Europe. At the same time, payment platforms should have a pan-European scale, become user-friendly, economically productive, safe, secure, with globalization in the foreseeable future. The regulator clarified that the payment service should be created and work in Europe.