El Salvador is the first to recognize Bitcoin as legal tender 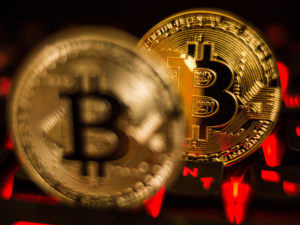 El Sal­vador’s Pre­si­dent Nayib Bukele re­cently spoke about plans to sub­mit to Congress a draft law on re­cog­ni­zing bit­coin as a legal means of pay­ments on a par with the US dollar. He said this on Sa­turday (5th June) at the Bit­coin 2021 video con­fe­rence in Mia­mi.

According to the president, such a decision is only the initial stage in creating a new space for future financial innovation that is capable of helping billions of people in the long term. According to Bukele, stocks in cryptocurrency will help poor countries protect themselves from inflationary currency risks because bitcoin is the best reserve asset and an excellent money network. Undoubtedly, his statement will be heard throughout the cryptocurrency world.

Press reports have it that a team of specialists has been assembled in El Salvador to create a financial ecosystem with bitcoin as a baseline. Moreover, CNBC wrote that there is a strong likelihood of the bill getting passed as Bukele’s New Ideas party rules the state’s Legislature.

In connection with the intention to introduce the latest infrastructure in the country using bitcoin technology, the president announced a partnership with the Strike digital platform. CNBC noted that in March, the payment platform developed a mobile application for cryptocurrency payments which became popular in the country.

The founder of the platform, Jack Mullers, believes the bill will expand the use of digital money in everyday life and will benefit people, businesses and governments. Mullers added that bitcoin will help protect developing countries from economic and inflationary crises.

Meanwhile, it should be noted that cash is predominantly in use in El Salvador. In fact, the majority of the population does not have bank accounts and credit cards, and about 20% of GDP is from remittances – money sent home by El Salvadoran migrants.

OKX partners with Man City to launch the OKX Collective

08.02.2023 Binance to temporarily suspend US ... Binance has recently announced that it will suspend U.S. dollar transfers. T... More

03.02.2023 OKX partners with Man City to laun... Manchester City and OKX have partnered to launch the OKX Collective, an imme... More