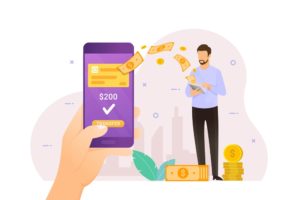 The Bos­ton Fe­de­ral Re­ser­ve and the Mas­sachu­setts Institute of Technology are developing a prototype digital dollar that will be available by July 2021.

The head of the Boston Federal Reserve project, James Cunha, emphasized that the digital currency will significantly change the course of how money is used in the United States. In this regard, a number of American financial companies for their business interests will try to lobby for a slowdown in the development of digital money.

According to James Cunha, the FED (Federal Reserve System) plans to introduce two platforms for storing and transferring digital dollars this quarter. But he did not clarify whether blockchain is used by these platforms. Once the platforms are launched, companies and organizations will be able to implement their own systems. James Cunha noted that supporting the launch will require global discussion and evaluations from a majority of industry representatives. In his opinion, in order not to lag behind for years, “it is important not to wait for the decision of politicians.”

The chairman of the Federal Reserve System Jerome Powell said that the introduction of the digital dollar is possible only after detailed research. The Fed chairman recommended that Congress consider laws to regulate the use of digital currencies. Earlier, on March 22, in a speech at a conference organized by the Bank for International Settlements, Jerome Powell said that crypto assets are volatile, unstable, unsecured, and will not replace the dollar due to high volatility, but can replace gold.

Compass Point Research & Trading analyst Michael Del Grosso was talking about the general fear of operating companies about the danger of destroying their own business with a completely new means of payment. But officials have not yet figured out how to connect the digital dollar to the global payment network. The release of the national digital currency has not yet been approved in the United States, and this process may take several years.