Main page/News/Cryptocurrencies from which to choose

Cryptocurrencies from which to choose 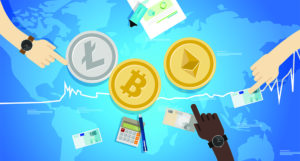 The hype which was created around Bitcoin led to its price breaking its historic high which then made investors turn their attention to other cryptocurrencies. Earlier, following the growth of the main digital coin (Bitcoin), “altcoins” – a term which refers to all cryptocurrencies other than Bitcoin – became stronger. It is possible that the situation will repeat itself.

Since the beginning of 2020, the prices of many cryptocurrencies have risen: Bitcoin by 160%, Ethereum by 350%, XRP by 220%. Analysts expect further growth by next year and in the long term of five to ten years. But how do you know which ones will grow?

If you are about to begin creating your cryptocurrency wallet, do not invest in just one digital coin, buy different cryptocurrencies. To determine the share of investment for each, it is necessary to conduct some research. The following are the top cryptocurrencies from which to choose:

It is obvious that bitcoin must be included in any crypto wallet. Just do not buy it during a peak, wait for a correction, or even a pullback. The increase in price is expected in the long term, but not during the upcoming months. The phase of active price growth will change to another in any case.

Why is it profitable to buy bitcoin? It has high liquidity; it is well known and completely decentralized; weakly correlated with the stock market, thus allowing investors to hedge their risks. There are very ambitious predictions for Bitcoin: it is anticipated that the price will rise up to a million dollars per coin in the next 15 years.

Analysts expect further active growth of Ethereum after the appearance of its second version. The crypto platform with smart contracts is developing very quickly, and new projects are multiplying on its basis. Since the development of Ethereum is still not fully completed, new heights for it are still ahead. Thanks to the updates, the cryptocurrency remains competitive.

The upward momentum in 2021 is set by the fork and distribution of Spark tokens. Experts predict a slow rise from the price of $5 per coin.

Ripple’s developers continue to work on introducing the platform into the global banking system successfully. For example, working with MoneyGram has allowed it to achieve the use of its tokens in bank transfers. The further plans of the company are to capture the European and Latin American markets. So this cryptocurrency will also gradually rise in price.

Litecoin is an undervalued cryptocurrency, but it remains profitable for mining. The high demand for equipment for mining coins confirms its prospects. Litecoin is a proven asset that can show multiple growths.

Moreover, it is one of the most successful altcoins: it has the same base code as Bitcoin, but at the same time it provides a higher processing speed of transfers. It is characterized by a correlation with Bitcoin in the price chart, so it makes sense to buy these cryptocurrencies together.

BNB is among the promising digital coins. It grows steadily. While new users come to it, further price increases are guaranteed.
Many DeFi tokens have become popular in 2020. This was followed by a decrease in interest of the users, but all cryptocurrencies went through the same scenario. If you plan to buy DeFi, then do it right now – analysts expect its rapid development. There are also LINK, UNI, MakerDAO among the most promising projects.

Whichever cryptocurrency you would like to choose, follow the main rules: focus on long-term investments and do not succumb to the general excitement.