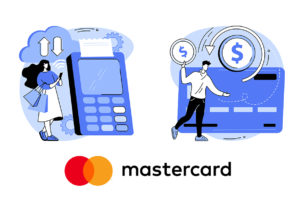 The lar­gest pay­ment pro­ces­sor Master­card announced a new project being carried out together with Computer Engineering Group, one of the leading developers of IT technologies. The bottom line of it is the new Tap to Phone technology that will allow people to conduct payment transactions without using physical POS terminals – instead, only via mobile devices running on the Android OS. The Microsoft Azure platform was chosen to host the programs for the contactless payment project.

According to representatives of the payment giant, the main feature of the Cloud POS system will be the operation of the main elements not in the user’s physical smartphone, but in the “cloud”. It will contain both software components that ensure security and programs that organize contactless payments and money transfers.

Such a solution, as the developers assure, will make it possible to significantly increase the level of system protection and to ensure almost instant communication with partners, which will expand distribution channels. From a physical point of view, the inclusion of cloud technology will lead to lower maintenance and software costs.

The plans of the developers of the Cloud POS system also include expanding the list of services available to both large corporate clients and individuals. Moreover, these services will be presented in a completely new direction for the payment system.

It is assumed that after passing the certification, the software development complex for the Cloud POS system will be placed in the public domain. This step will serve to attract attention to the project from cloud services, software developers and representatives of financial technology. Going forward, Cloud POS is expected to be rolled out into many environments and will be collaborating on a large scale to improve functionality.

Milan Gauder, one of the vice presidents of Mastercard, said that the beginning of the development of the Cloud POS system was a natural step due to modern conditions. According to Gauder, digital transactions are booming in financial markets right now. They are actively used by both ordinary people and companies. The attraction of cloud technologies should provide the necessary level of availability, speed and security of contactless payments.

A large-scale project is being created in cooperation with NMI and Global Payments.

Connect to ecoPayz and MuchBetter payment systems with the VipDeposits loyalty program and make instant transfers for free within the system through your personal account both in the browser and mobile application.