Digital politics and the Chinese yuan 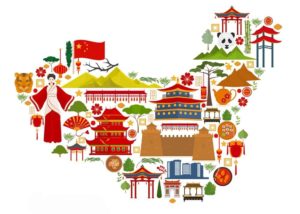 Ame­ri­can ex­perts in the field of fi­nan­cial tech­nology analyzed the current situation with Chinese payment applications and made a forecast of the development of events in the competition between the United States and China in the field of global finance.

One of the most recent orders from Donald Trump as the United States president was the ban on a number of Chinese applications designed to make mobile payments. The ban, promulgated on January 5, was Trump’s reaction to the possibility that through these applications the Beijing authorities could gain access to the personal data of Americans.

Popular services as Alipay and WeChat Pay were banned. These apps are very popular in China and several other countries whose residents are already accustomed to buying food and clothing, paying utility bills, and spending money on entertainment through these payment services.

The tendency for China to seize more and more significant positions in financial technology globally is a big threat to the United States of America. Washington strongly dislikes that China’s influence is growing in global financial markets. The US authorities have serious concerns that the Chinese Communist Party will be able, not only to achieve a dominant position in world trade but also, to gain a foothold in it. This means that the US dollar will no longer be able to play the role of a global reserve currency everywhere.

Mobile gadgets – a means of control

Having started as something comic and entertaining for the convenience of giving gifts on traditional holidays, mobile payment apps in China are tools of a giant industry today. Experts estimate that more than $42 trillion of transactions are made through mobile payment systems annually. A comparison of Chinese payment systems with PayPal and Venmo in the US revealed that about 150 times less money passes through PayPal and Venmo per year.

A huge number of transfers through payment applications allow collecting data about the life and actions of people. This information can be used to control and track the movement of any persons of interest to the authorities. For example, in Hong Kong, the authorities are already using such data to identify protesters and disaffected.

Such prospects cause discontent not only in the United States but also in a number of other countries. For example, in 2018, an Indian parliamentarian spoke out expressing concern about current and future political risks. It is officially believed that these concerns prompted Trump to issue the ban.

Chinese fintech companies are actively expanding in countries where they have established a foothold. Providing popular services to the population, they gradually become a crucial part of the economy. A prime example is Singapore, where China has an obvious advantage.

In recent years, the digital yuan has been rapidly expanding its scope. In a number of Asian countries and not only, it noticeably pressed the dollar, creating the preconditions for the emergence of a new digital reserve currency. For example, Russia has significantly increased the share of the yuan in trade and reserves since 2016, while the share of the dollar has significantly decreased over the same period.

Experts believe that the United States must act immediately, otherwise, it will find itself in the position of catching up. The weakening of the dollar’s position in fintech and the decline in its role as a reserve currency will lead to the loss of leverage in many regions of the planet.