Main page/News/Bitcoin instead of gold?

Bitcoin instead of gold? 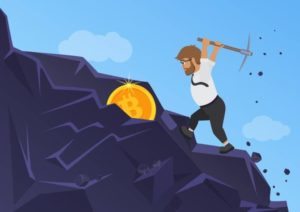 The most po­pu­lar cryp­to­cur­rency, Bitcoin, has shown historical growth. A few days into 2021, a breakthrough was recorded at around 20% as the cost of one BTC reached $35,000. Considering the fact that exactly a year ago, no more than $7,000 was given for it, serious controversy erupted among investors on the topic of whether Bitcoin could oust gold and take the place of the main asset protection during the crisis.

Тhe capitalization of bitcoin in the world market is estimated at $674 billion – this is a record figure for the entire existence of Bitcoin. It is often compared to Tesla’s capitalization of 670 billion. Bitcoin is now a real trend among and beyond fans of innovative technologies. They are also joined by reputable investment companies and private investors. What is the reason for this demand and how much more can the price rise?

Why is it growing?

As experts analyzed, the first reason is the fall in the dollar rate on the world market. The United States spends a lot of money to support business in the country, offsetting losses due to the pandemic. There are now more dollars in the world economy and its exchange rate is now falling. In addition, the Federal Reserve Service, according to forecasts, is not going to raise interest rates in the near future.

At the same time, the efficiency and speed of vaccination in the United States are important determinants of when the American currency is expected to be stabilized. The longer the vaccination process takes, the lower the exchange rate will be.

As a result of this, according to Mark Yusko, head of Morgan Creek Capital Management, investors insure themselves against financial losses and inflation by buying gold and cryptocurrency.

Easy to get excited and quickly disappointed

According to some analysts, as a result of increased demand, the cost of bitcoin could reach $400,000. However, as practice shows, such dynamics may turn out to be short-lived, and after the unprecedented growth, there might be a fall as it happened in 2017. Then, BTC grew from 3.8 thousand to 20 thousand, and after that, it fell sharply to $6,000 and held this value for a long time. The minimal transparency and speculative format of the asset for many remains risky for investing large sums of money.

Therefore, most financial analysts are inclined to believe that gold is a more reliable investment in comparison with cryptocurrency, since it does not show such fluctuations, remaining in the range of $1,700 to $2,000 per ounce. Moreover, in 2020 the precious metal has been in its best position in recent years, soaring to $2,075 per ounce.