Main page/News/There is only one reason to keep bitcoin

There is only one reason to keep bitcoin 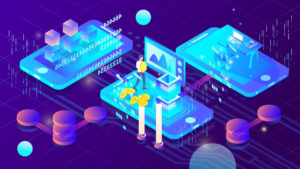 Ac­cor­ding to ana­lysts at Bank of Ame­rica, there is no com­pel­ling rea­son to keep bitcoin, except for one – if there is hope for a further rise in the value of the cryptocurrency. Experts consider bitcoin to be useless for payments and impractical for savings.

Bank of America also calculated the environmental damage from digital currency. The report argues that every investment of a billion dollars is equivalent to the emissions of harmful carbon from more than a million vehicles.

Bank of America Global Research has published an expert report titled Bitcoin’s Dirty Little Secrets. According to the authors, from the point of view of a financial asset, bitcoin is impractical, since its rate is unstable, overly volatile and does not depend on inflation. According to the bank’s strategists, the cryptocurrency began to correlate with risky volatile assets.

Why is Bitcoin at risk?

Francesco Blanche, one of the authors of the report, believes that the reason for keeping bitcoin is not its diversification, profitability, or reliable protection against inflation. The main argument is the simplest growth in value, which depends on the advance of demand over supply.

Bitcoin prices are formed by the flow of funds from large buyers and a decrease in miners’ profits. The analyst recalled that the owners of about two and a half percent of digital wallets control 95% of bitcoins, which prevents the widespread adoption of digital currency. For this reason, it will become impractical to use it in payments or investments.

The massive spread of bitcoin could be thwarted by a complex mining process, whereby the payment network processes only 14,000 transactions per hour, while Visa handles 236 million transactions in the same period.

Bank of America report also touches on environmental issues in connection with the high energy consumption of the process of investing in cryptocurrencies. Every $ 1 billion in Bitcoin you buy equates to the annual carbon footprint of over a million vehicles. Bitcoin mining and transactions emit up to 60 million tons of carbon dioxide per year, according to analysts.

Experts believe that in the future, competition from central banks will also become a threat to bitcoin. They can create an analogue of cryptocurrency on their own blockchains. The assumptions are based on the likely plans of the European Bank in the implementation of the digital euro.

The report highlighted the volatility of bitcoin versus gold, silver, and foreign currencies. Bank of America expressed the concern of experts about high volatility and a sharp rise in the value of the cryptocurrency. After a decade of presence on the market, bitcoin rarely became a stable currency.

You can find more comforting forecasts from experts in our article – What awaits the cryptocurrency market in 2021.

Ethereum could surpass Bitcoin
Samsung to launch its own crypto exchange
Digital Euro could come in 2026
What awaits the cryptocurrency market in 2021?
Bitcoin to be integrated into Twitter
Read more