In 2016, the Asian poker market was completely unknown for western poker players and affiliates. Then, PokerMaster and the IDNPoker Network appeared, and today we have witnessed rise and fall of Chinese poker applications. Today Asian poker network is the second in the world in amount of traffic. In this article we will make an overview of the Asian poker market and its prospects for the future.

The idea was remarkable. Is there somebody who doesn’t have a mobile phone nowadays? Who doesn’t want to have some fun while making some extra money? Even though gambling is completely banned in China and some other Asian countries such as Indonesia, with a population of over 1,300 million people, it’s only needed to have at least 1% of interest to have a potential market of 14 million players. 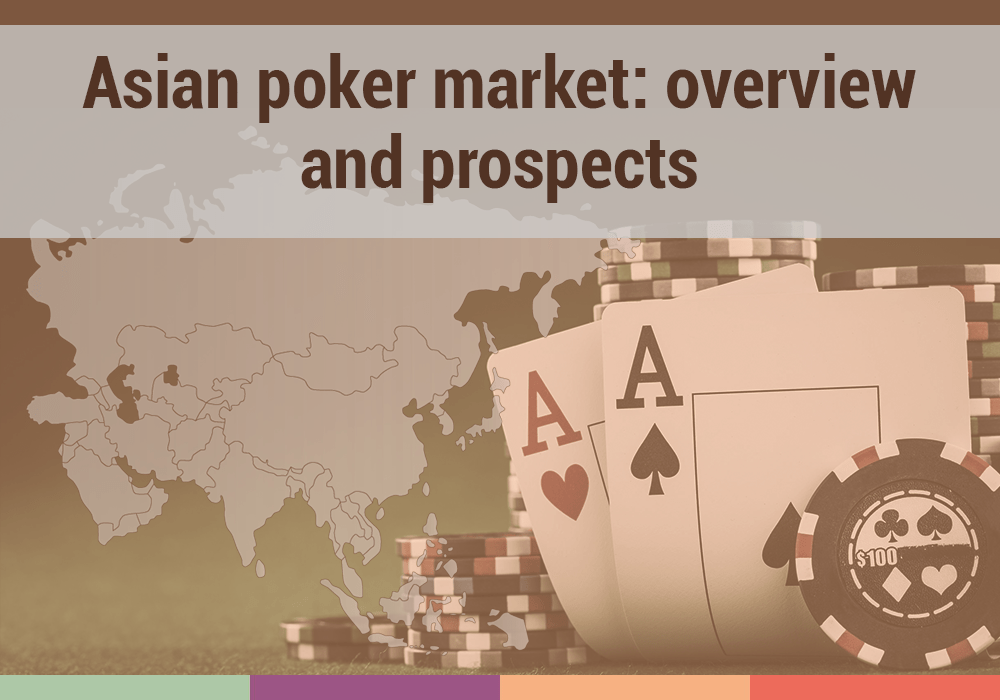 Taking advantage of a “hole” in the regulation, real money games were organized with play money chips, with an invitation to play “Poker with friends” which is not illegal. It sounds effortless, but it opened the doors to a multimillionaire business because, in theory, there was no difference between setting up a LAN network to play Counter-Strike and play PokerMaster on your smartphone.

It was only a matter of time the voice to spread out. Only in one year PokerMaster and several mobile applications became the preferred poker rooms of European and American professionals, who were delighted not only by the incredibly soft games but also for the smooth service offered by large affiliates.

What goes up must come down

Millions of dollars flowing on to unregulated market were not only an invitation to honest poker players to increase their bankrolls: scammers, bots, and any cheaters also spotted an opportunity. They flooded the Chinese poker rooms, making the worst cocktail possible for local players: on the one hand, extremely skilled players were taking out all the money, and on the other side, cheaters were looking for an opportunity to get a piece of the cake. The market answer was to kick out overseas players, block possibly cheaters accounts, making the Chinese mobile application a market, only serving within the Asian borders.

In the meantime, other poker rooms and networks arose, and sadly some of them fall too (like Lianzhong PokerMonster), but other ones remain as great options both for asian and overseas players.

The GG Network is currently the largest legal online poker room offering games both to Asian and European players. The network development has been amazing, jumping from small tournament series with a few hundred thousand dollars in prizes, to BLAZE, a significant event with over $10M prize pool. GG has chosen the legal path, and even some of its skins are now licensed by the UK Gambling Commission, one of the most prestigious in the world.

IDNPoker came one day and climbed to the top of poker networks in terms of traffic, and never left. What’s curious about IDNPoker, is that almost all non-Asian poker players barely know anything about this Indonesian poker network. IDN is composed of lots of small skins, each one targeting to different Asian countries like Malaysia, Indonesia, Cambodia, Nepal, etc. The network is only actively promoted there. It has chosen a different path than GG: IDN is staying in the shadows while GG is being promoted around the globe. The access to the IDNPoker network is currently restricted only to residents of Asian countries, but western players can get access via trusted affiliates.

IDNPoker is not free from controversy. The network uses only a web-browser client, and several players have complained about bots, superusers, and collusions. But in spite of that, the network’s growth seems to be unstoppable and remains the second largest in the world in terms of traffic.

The Asian poker market has come to stay. The mobile market is probably the less developed one (although applications like PPPoker or Upoker have expanded worldwide and now they cannot be called only “Asian networks”), but sites like PokerMaster or PokerKing Asia are not coming back: they will remain only as a private alternative for Asian players.
About the GG Network, its future is promising as the network’s bet promoting their services legally around the globe. Currently, GG ranks 9th in terms of traffic, and the prospects are very encouraging.

IDNPoker is perhaps the most exciting case: known by anyone but highly restricted. Recently the network’s management stated that they were working in solving all the user’s complaints, and if that turns out to be accurate, the potential is fantastic.
What IDN has proved is that despite restrictive laws, there is a significant interest of Asian people to play online poker.

In the future, western players will see how Asian poker networks like GG are becoming international brands and will be promoted in restricted markets after getting the necessary licenses. If the online poker world changed forever with the US Black Friday, in a short time, we’ll see a new major development with the Asian market.

GG Network skins accept deposits via Skrill and NETELLER. Join VipDeposits loyalty program if you want to use these e-wallets on the most favorable terms! You will benefit from the following: