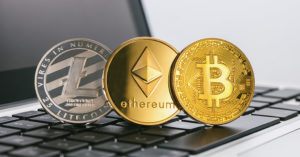 The origin of cryptocurrencies

It all began with work on global information networks — an idea that originated among cryptographers in the 60s. The development of such networks was first carried out in the 80s when the first networks for the exchange of broker data for exchange trading appeared. The concept of digital money for the quick purchase of derivatives has gradually become more popular.

The first electronic money protocols were created by American cryptographers: Stefan Brands and David Chaum. They described how anonymous payment systems should work, developed theirs and called it “eCash.” It was built on a centralized system, but ensured the confidentiality of payments and used cryptographic data protection. Unfortunately, the eCash platform later went bankrupt.

In 1997, Adam Bakov took another step towards the development of cryptocurrencies. He created an electronic payment control algorithm that used blockchains. It was he who formed the basis of blockchain technology. The first decentralized blockchains appeared already in 1998 — the B-money and Bit-Gold projects.

The appearance of bitcoin

It took the work of many people engaged in various tasks to get the development of cryptocurrencies to this point. The idea was picked up by an anonymous developer under the nickname Satoshi Nakamoto.
In 2007, Satoshi began a project to create a decentralized network. The following year, he submitted a White Paper project called “Bitcoin,” and later began to work with a client. He used all the best practices to create Bitcoin (BTC).

The first purchase of bitcoin for fiat took place in September 2009. A user named NewLibertyStandard purchased 5050 bitcoins for $5.02 with PayPal. Later on, the bitcoin.org website was created, and the first crypto community began to form. People started to mine bitcoin.

The first video card crypto farm was created in 2010. At the same time, Satoshi Nakamoto left the project without revealing his identity. Journalists and crypto enthusiasts around the world tried to find him so that they could put forward their versions of his work, but they could not achieve anything. Nonetheless, ideas for the creation of other cryptocurrencies gradually began to emerge.

The most interesting bitcoin case is a pizza that sold for 10,000 BTC. In those years when bitcoin was practically worthless, a certain Laszlo Heinitz published a message on the forum that he was hungry and was ready to buy pizza for 10 thousand bitcoins. His request was responded to by a man nicknamed jercos, who sent him a pizza worth $40 and received 10,000 BTC. It turns out that jercos, for one pizza, earned an amount that is equivalent to almost $500 million in 2021.

In 2011, a technology was introduced that corrected many of the errors of bitcoin and allowed the creation of altcoins – new cryptocurrencies. This was how Litecoin – the famous fork of BTC – appeared.

The main crypto-related event of 2012 was the emergence of multisignatures for working with smart contracts. At the same time, many anonymous cryptocurrencies appeared, such as Monero, and even more different crypto wallets, including cold (offline), mobile, and browser wallets.

The unique cryptocurrencies are those that offer more than Bitcoin. They include Ethereum (smart contracts), Polkadot (ecosystem creation), and IOTA (high speed and security of payments).

Also, stablecoins, which are used by traders to protect against volatility, should be highlighted. Their rate is tied to the rate of fiat currencies. The most famous are Binance USD and Tether, pegged to the dollar.

At the moment, there are more than 11 thousand different cryptocurrencies in the world.

Governments can no longer ignore the new financial technology. They are gradually beginning to create national cryptocurrencies. The community is developing and becoming a part of other industries, including banking, gaming, gambling, and many others.